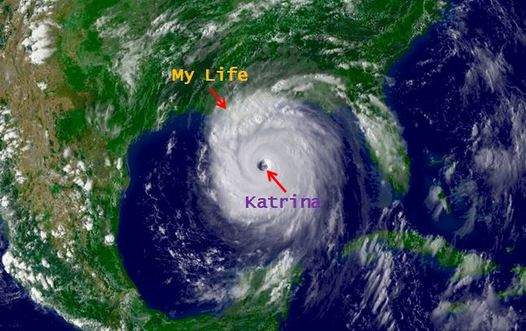 Scientists have a term called "hands." It's a catch-all that covers their skills at the bench. It's used in a roundabout way to saying whether one is a good experimentalist. Like your hair color, people are born with hands and, while it is possible to improve one's abilities with practice, what you see is usually what you get. At the higher levels, advanced students and postdocs generally realize what kind of hands they have to work with; those with weaker lab skills quietly find their way into a desk job (or, more often, a tenure-track professorship, which is kind of the same thing). However, at the lower levels, new scientists (particularly students) lack the insight to tell whether they have what it takes to work in a research environment. This creates a perfect storm of danger: An incompetent person who has no idea they're incompetent. Throw in explosive chemicals, powerful machinery and dangerous biologics and you have a recipe for disaster.

This story is about the worst pair of hands I've ever met. They came attached to a girl I'll call Katrina.

To set the table: Between college and grad school I spent a year working as a lab technician. Before I left, my boss hired a new undergraduate to pick up some of the slack and carry on the academic tradition of hiring the person willing to work for the least amount of money. Part of my job was to train the new minion.

Katrina was a bright-eyed pre-med student one year behind me. She was prepping for applications to medical school and wanted to get some research on her application.

The first indication that she was wholly unsuited for the job was made evident when she continually referred to our lab coats as "costumes", even after being corrected multiple times. Katrina was the sort of girl who would blow up latex gloves and draw smiley faces on them, then wonder why you weren't thrilled when she presented it to you as a gift.

Everything Katrina touched turned to shit: In her few short months in the lab, she'd managed to stumble into accidents I would not have thought possible. For example, she spilled ethidium bromide* on herself. This was forgivable. However, when we informed her it was a minor mutagen, she freaked out and activated the emergency shower, dousing several others in the process. There was also several other incidents, one involving a freezer burn to sensitive portion of the human anatomy and another in which she heated some hazardous biologics in the microwave we used to heat our lunches. Katrina also made a habit of pouring formaldehyde directly into the trash cans. When she became affected by the overpowering fumes, she would cover the puddle with a few napkins, then move the can next to my desk. When I confronted her, she calmly explained she'd done it because the smell was giving her a headache.

I swear to God I tried to train this girl. When that failed, I dropped hints suggesting she focus her newfound love of science elsewhere. And when that didn't work, I told my boss that she was a disaster. His response (paraphrased): "She's willing to work for 8 bucks an hour. Find something she can't mess up."

Being a good team player, this was more-or-less what happened: I simply kept Katrina away from anything remotely important, which I then did myself. I was going to graduate school in a couple of months and Katrina would be someone else's problems. It's worth noting that I held no ill will towards the girl. Katrina was neither stupid or lazy, but labs are funny places that rewards skills that are not easily quantified on a resume. 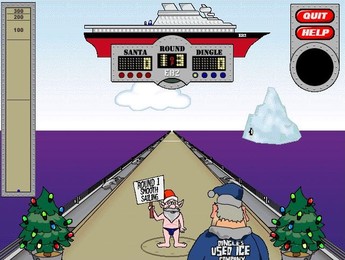 This is what your tax dollars fund in academia.
Shortly after initiating Operation Damage Control, I asked Katrina to gather and wash everyone’s lab coats.  It was a simple job, one that didn’t require her to get her hands dirty. Our department employed a cleaning service that picked up the coats from a central location and returned them the next day; all Katrina needed to do was gather the garments and place them in the hall for collection.  I'd walked her through the procedure the previous week, so I had few qualms about assigning her the task and returning to important matters of science (which, at that exact moment was a bizarre game of computer shuffleboard in which santa and his drunken brother competed by snapping the thongs of elves). ​

Half an hour elapsed with no sign of Katrina and I began to grow worried. My lack of confidence was nonetheless balanced by commone sense: In spite of her questionable record, how could anyone screw this up this particular job? 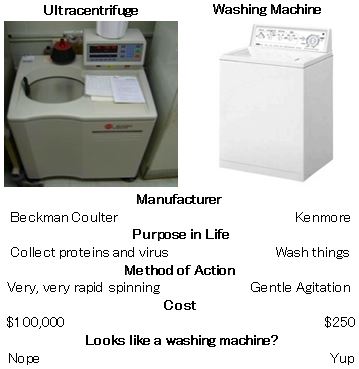 Just as I was about to lumber out of my chair to investigate, Katrina turned up.

“Noah, I’m having a problem with the washing machine,” she announced.

“What’s wrong?” I asked as I absently launched another elf down the shuffleboard court.

“It won’t turn off," she confessed. "I tried everything.”

I realized our lab didn't have a washing machine.  “Show me the problem,” I said carefully.

Katrina led me down the hall to the room that housed machinery for molecular biology experiments.  “There,” she said, pointing.  In the middle of the room, our large ultracentrifuge was running at near full speed.

Let’s pause for a moment to compare an ultracentrifuge to a washing machine (see diagram).

"You gotta be shitting me," I said.

"What?" Katrina asked defensively. "You said wash the coats."

I was about to reply, but something even more seriously wrong had captured my attention. The centrifuge was laboring; from within it emitted a high, unhealthy whine.

The noises signaled a potentially dangerous situation. An unbalanced centrifuge can crack a 20lb titanium rotor head in half like it's nothing. There's a museum in Germany containing examples of primitive centrifuges that became unbalanced; usually they hurled themselves across rooms with enough force to embed them in the walls.

The whining from the machine abruptly intensified. I suddenly felt like Han Solo when he first spots the Death Star.

“That’s no washing machine!” I yelled, racing across the room and yanking the plug. As the machine wound down, I wheeled on Katrina, picturing us both getting fired for destroying a $100,000 machine in arguably the dumbest incident in the era of modern science.  “Please, please, please tell me you didn’t put anything in there,” I begged.

Katrina’s look told me all I needed to know.  The machine chuffed a final time and wheezed to a stop.  I cracked the lid of the machine, and an acrid stench wafted out of the main chamber.  No less than half a dozen lab coats had been stuffed en masse into the gaping maw of the machine.  They were soaked in blue liquid that I took to be detergent (I have no idea where she even found this).  According to the timer, the machine had been running at 50,000 Gs for almost 12 minutes.  To make room for the coats, Katrina had removed the rotor, and the metal threading of the central shaft had snared several of the lab coats, wrapping them around the rapidly-spinning crank arm.

This ubiquitous principle of thermodynamics was affirmed when, with the added bit of air from the open lid, a wafting bit of smoke curled up from the still-smoldering remains of the pile of soapy, highly flammable lab coats.  True to form, Katrina saw the smoke and panicked, fleeing down the hallway and yelling 'fire', succeeding only in broadcasting our collective idiocy.

As I shook my head for the nth time, the smoldering pile of ruined lab coats decided to make a go of it, and the innermost coat puffed into a lazy, halfhearted flame.  I considered pissing the miniature conflagration into submission (I fancied the symbolic representation of the coats for my career), but settled on using phosphate-buffered saline, an equally salty liquid of similar acidity.

As I quenched the flames, a still-panicked Katrina, having completed a circuit of the building where she advertised her idiocy, returned, accompanied by several worried bystanders.

“Hey, Katrina,” I called out dryly. “Just out of curiosity, which machine were you planning on sticking these into to dry them?”
​
The story has a happy ending.  The centrifuge recovered no permanent damage. Katrina discovered that her true calling was elsewhere (a recent googling shows that she's now a pastor at a rural church - God is apparently more forgiving than me). Most importantly, I was not fired prematurely for failing to use the grown-up version of a child leash.  We even washed the lab coats, losing only two to the ordeal.

*Ethidium bromide is an intercalating agent that slots itself into the grooves of your DNA. It's great for labeling DNA with a fluorescent tag, far less great at not causing cancer. ​