According to everyone who's ever run for office, America has a critical shortage of scientists. Educators are constantly hammering into kids the incredible financial and career opportunities awaiting them upon mastery of some esoteric discipline. As part of the chase for the almighty dollar, schools are responding by doing everything in their power to create burgeoning STEMlings. And it turns out this winds up just about as you'd expect, with a few decent kids surrounded by packs of morons who have no business ever setting foot in a lab.

Over several years, I had the dubious honor of serving as a judge for the annual Chicago City Science Fair. This is what I've learned: We are in deep shit, people. Years of shoehorning people into places they don't belong has created some science projects that are absolute monstrosities. Fortunately, they are also often hilarious.

​After enough years of documenting these abominations, I decided I'd had enough and that the only good that could come from this would be sharing these academic cries for help with the wider world. Thus, I give you the scientific pageant of gloom and doom, brought to you by the Windy City's best and brightest:

Kids Who Obviously Mailed It In

This was a competition, of course. I searched my records long and hard, poring over presentations and shaking my head until my neck was a bare strip of gristle. Finally I narrowed it down to the finalists, those whose work really put them above and beyond their peers (but maybe not for the reasons they'd wanted). 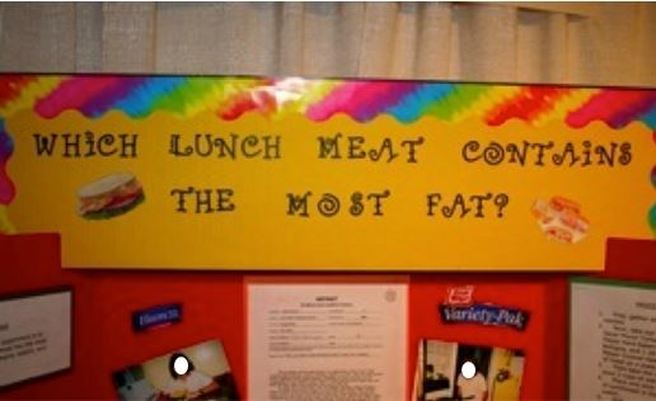 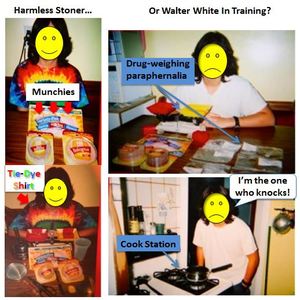 What appears to the untrained eye to be a mild-mannered stoner with an interest in getting baked was actually so much more. The key to what was going on lay in the additional pictures of the poster. I see a burgeoning drug czar who hides a sophisticated drug manufacturing operation behind an affable exterior. However, the public message (Look at me, I'm just an innocent high schooler with an interest in comestible. Nothing to see here!) and the private messages are vastly different: evidence of copious drug paraphernalia, manufacturing, the whole nine yards. If you look hard at the lower left panel, you can see a pair of scissors displayed as a warning to anyone who'd dare to rat him out. The omerta of the situation was obvious.

I take this all in as I'm judging the poster. It's obvious from my nuanced questioning that I'd blown this kid's gig wide open, the same way an otter cracks open a clam. I look at him and he looks at me. We exchange knowing nods, then I backed the fuck off. Science fair ain't worth dyin' for. 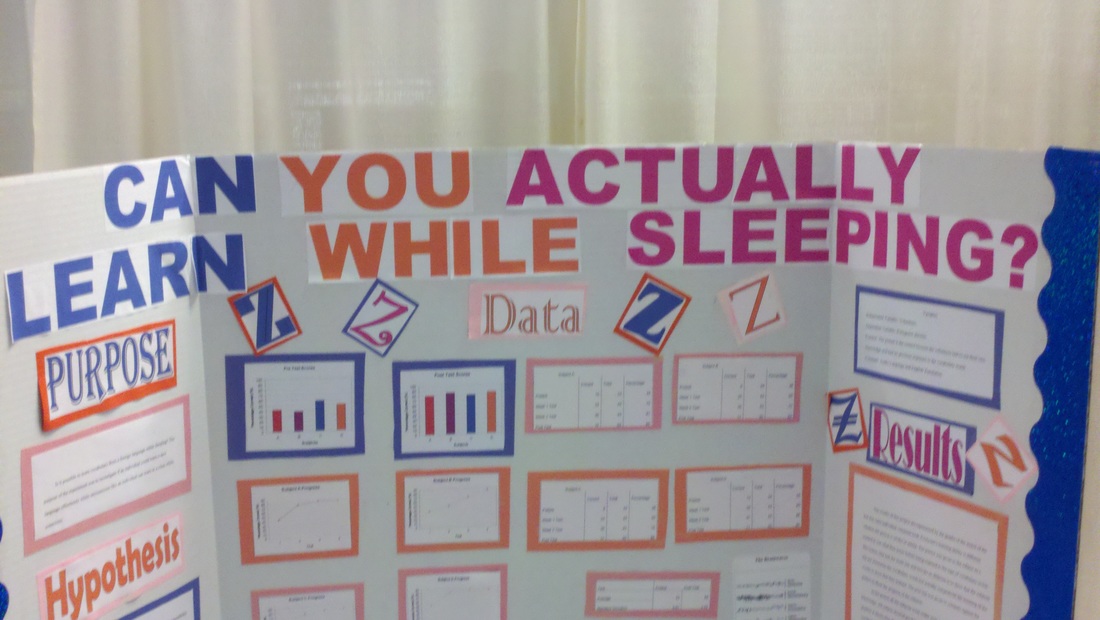 This one actually kind of hurt to read. On the surface, the project seemed like a reaonable, if somewhat trite attempt at quantitating subconcious knowledge acqusition. Rather than actually testing learning of an arbitrary bit of information, the dude used his own life as an example; he listened to notes for half his classes as night and studied regularly for the other classes. Then he compared his test scores. The results were predictable. I think you can actually see the results - the left central panel (with the much shorter bar graphs) has the night study classes compared to the traditional method on the right.

So, to recap, this kid possibly sabotaged his chances to get into college because of this horrible abomination of self-experimentation. This is a far cry from Nobel laureate Barry Marshall, who famously swallowed H. Pylori to prove that they did indeed cause stomach ulcers.

Some gambles pay off, some don't. 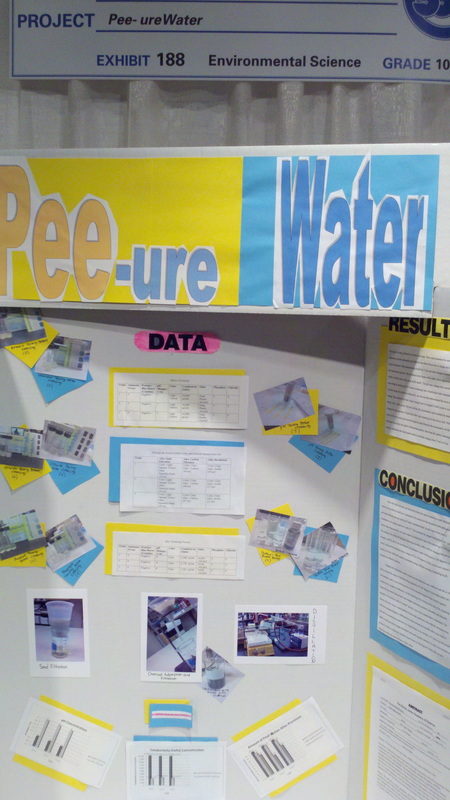 The next solution to the world's water crisis.
Pee-ure water. Normally this would go with the "terrible pun" section, but then I read the poster and realized just how special this one was. Have a look at the abstract below: 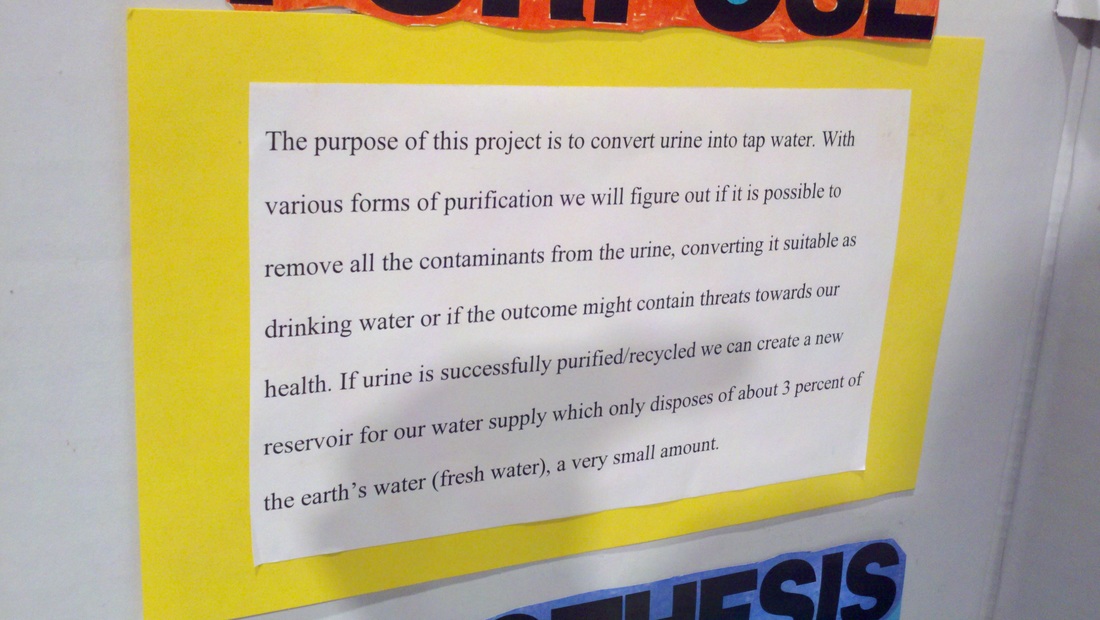 We're recycling our own piss at home? Sign me up!
This visionary imagines a world where rainwater barrels and water sanitation plants are replaced with piss storage barrels and DIY purification. So deeply is this conviction held, our protagonist was prepared to put his urine where his mouth is. Literally. 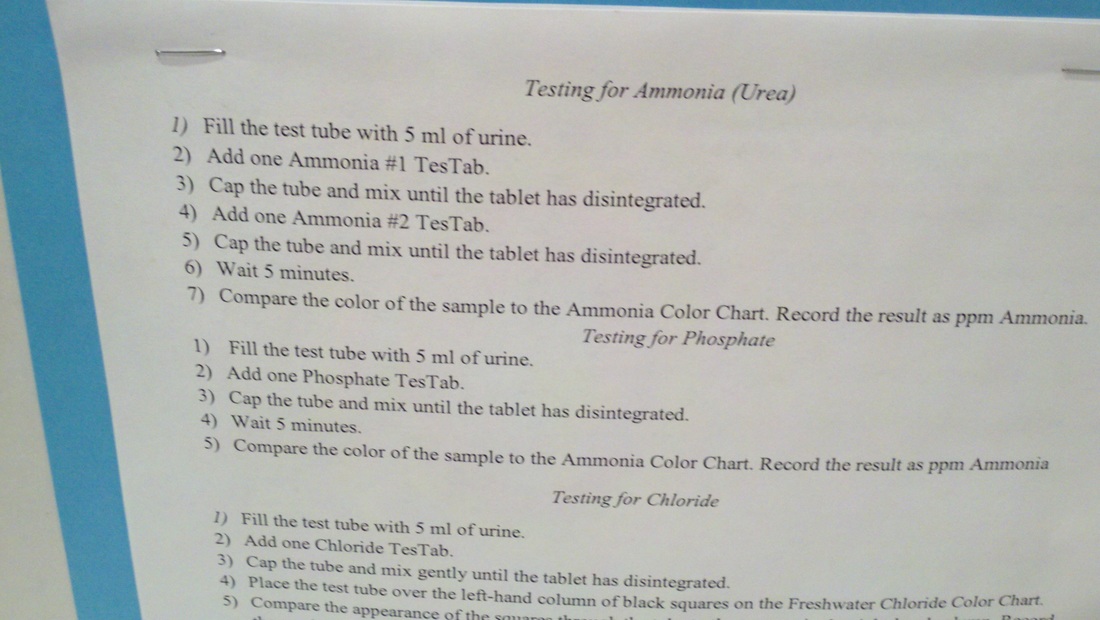 Tl;dr: He drank his own wee-juice after attempting a rudimentary and haphazard purification.
I'll give him credit - it takes courage to purify your own spoor with less than a high school education. Don't try this at home (or anywhere else). Nevertheless, for trying to pull off a Bear Grylls-style maneuver, he gets the silver. 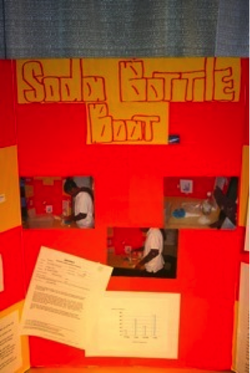 It feels like this project was conceived, developed and completed on the bus ride to school.
Winner for worst poster.  This... thing.

There are so many things wrong with this thing. The title's written in the same script taggers use. Some "data" appears to be stapled to the board and the majority of the methods section are photos of the presenter fabricating that famous boat. There's not even a premise to test. The title literally says everything: Soda Bottle Boat.

Here's the thing that should really worry you: This was the city science fair. The students here had won their own school's competition. That means Soda Bottle Boat defeated other, presumably crappier posters. 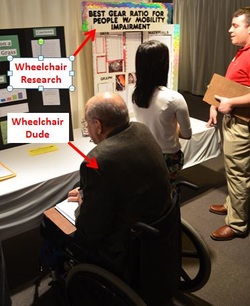 The definition of desperate.
I found this old guy ogling a poster focusing on wheelchair mobility. Although this one was head and shoulders above the pack, the odds of finding a cure for your disease at a science fair are roughly comparable to those of Jesus Christ making a special comeback just to lift you out of your chair on national television. Still, hope springs eternal.

​Sadly, this moment also captured the closest thing to solving a real-world problem I would witness in this venue.

Almost as interesting as the train-wreck presentations were the ones that no-showed, leaving only the ever-so-tantalizing title of the project that evidently wasn't to be. I assumed a lot of them just bagged it after realized just how bad their ideas were, but a part of me secretly fantasized that their ideas were so bad they killed themselves (or were killed) trying the experiment (sort of like the Pee-drinking guy, just less lucky).

From The Mouth of Madness: The Reports

One of the really special things about being a judge was getting to laboriously pore through the reports each presenter wrote. These varied in quality from pretty decent to undecipherable. As always, the written word gives weak communicators the chance to insert shit that would never make it into a regular  conversation.