Put 'Em On The Glass 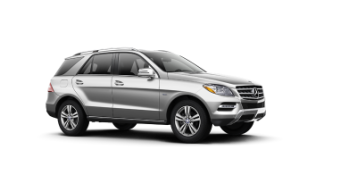 As a white male, the life I lead is an easy one full of unchecked privilege. Discrimination against my people is rare, and incidents of this sort tend to stand out vividly, even years later.

One such example occurred when, whilst in graduate school, I took to ferrying myself between home and work via bicycle.  It wasn't an ecologically-inspired labor of love, but rather a reaction to gas prices that approached three dollars a gallon*.

Riding through the broiler of Florida summer had some obvious drawbacks for a cyclist, including dehydration headaches, carbohydrate addiction and a new set of questionable tan lines. However, there were upsides: human-powered transport offered an interesting perspective on the world, one that commuters of the mechanized variety often fail to see. My motorcoached brethren moved far too quickly to notice the plate of homemade brownies that had been inexplicably left at the side of the road or read the labels of CDs that have been wantonly abandoned to the gutter. Florida, from what I’ve seen, is suffering from an epidemic of people hurling Keith Richards discs from their car mid-tune.

You also saw the more visceral side of humanity.  On one occasion, I witnessed a drug deal go down as I pedaled past.  The first one I saw was probably the most shocking: For reasons unknown, the two geniuses involved conducted the exchange within easy view of a parked and manned police squad car.  So intent was I on watching the brewing storm that I failed to notice a third man stagger into the picture. The interloper was a sweaty meth-head who announced his arrival by throwing up directly onto the hood of the parked cruiser. As the policemen recoiled, the man took two more unsteady steps and vomited prodigiously in my direction, forcing me to swerve towards - and narrowly avoid - the cop car in question.  This near-miss distracted the officers, allowing both the vomiting man and the drug deal to escape. I forever left to wonder: was the vomiting man a lookout?  If the distraction was indeed planned, wasn’t it a little over-the-top for a street deal?  And who buys drugs at 8 AM on a Tuesday?

On campus, there were also a number of interesting encounters that made me feel like a character in a Kerouac novel, including several near-crashes in which I was distracted by scantily-clad coeds and at least two occasions where I fled from campus policemen pursuing me for various speeding/traffic violations.  For legal reasons, I cannot discuss these in great detail, but I will say that a bike going downhill can go pretty darn fast, and a cyclist lacking money to pay a fine can go faster still. These encounters, however, are mere appetizers for the story I’m about to tell.

Bicyclists and motorists have traditionally shared an uneasy truce over ownership of roads.  As a user of both forms of conveyance, I usually see both sides of the coin, with one major exception: Car drivers who have an irrational fear of bicyclists are my pet peeve. Most urban bike riders will recognize the following scenario: A cyclist riding their bike in traffic and pull up next to a luxury car at a stoplight. After a few seconds, just long enough for the driver to notice the biker's presence, the unmistakable click of locking doors can be heard as they scramble to secure their $40,000 land cruiser from the potential carjacker idling next to them. The inference is clear: the skinny dude on a Schwinn is just itching to rob the guy in the two-ton gas guzzler. Never mind that they're wearing spandex shorts and a cycling helmet.  Never mind that they've been sitting here 45 seconds before said driver could look up from their texting long enough to notice. Never mind that they're riding a thousand-dollar bike and are peacefully chugging Gatorade. No, gentle motorist, your inklings were correct: John Q Cyclist was about to get off their bike, totter over to the driver’s side, pull you out by the throat and shove one of their uncomfortable bike shoes up your ass.  Then they were going to load their bike into your 500-cubic-foot trunk and peel out in your car in broad daylight, all before the light turned green.  Yeah, good thing you locked the door just now, hero. That was close.

I’m (sometimes) a patient man, but I’d finally had enough of it one sizzling day near campus when I watched a woman at a light apply eyeliner for the better part of a minute, totally oblivious, until she finally noticed me, perched on my bike next to her silver Mercedes SUV. She lunged – lunged – for the door locks, which whirred smoothly to secure her within her vehicular fortress.  She sighed visibly and returned to her cosmetology.  This was not subtle.

Since it was a long light, and since she seemed so afraid of riffraff like me, I decided to have a bit of fun with her highness.  On short notice, I could only think of one course of action: I put ‘em on the glass, Sir Mix-A-Lot style.

For those of you over forty, this means I lifted my cycling jersey slammed my bared nipples against her passenger side window, pressing my sweaty protuberances against the lightly tinted glass.  I announced this maneuver with a dramatic “BLAAAGHH!!!” in which I stuck my tongue out and allowed it to wag from side to side as I furiously shook my head as if to say, “Oh no you didn’t just do that lady; it’s crazy time now!” 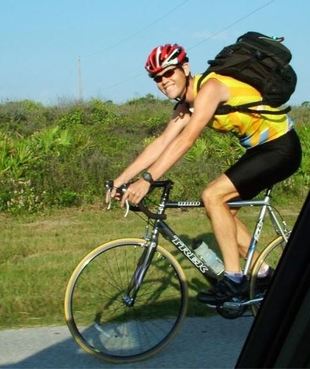 "I love you, motorist, but don't test a man in spandex."
Several things then happened in rapid succession.  After giving the Mercedes’s driver a solid four seconds of performance art, I removed my chesticles from the glass just in time to witness one of the great overreactions in the history of mankind.  My quarry had evidently switched to lipstick, which now issued from the corner of her mouth and across her right cheek in a jagged, whorish streak. As I withdrew from her car the driver emitted a high, bloodcurdling shriek, followed by another. Followed by another. In total, the three screams lasting at least ten seconds, certainly long enough for the unfathomable shock of my perspiring pecs to wear off.

The cowering woman flung the tube of lipstick at me – it harmlessly struck the inside of the window – then grabbed the shifter and dropped the car into gear.  This, combined withthe makeup malfunction, made it appear as though she was driving a very expensive clown car. The clown princess turned hard left, sending the Mercedes skittering over the curbed median and into a wild U-turn that carried her across three lanes of oncoming traffic directly into (oh, the irony) a yield sign with a satisfying crunch.  From there, she backed up, grazing bumpers with another motorist in the process, and peeled out, leaving not one, but two hubcaps in the street where she’d jumped the curb, as well as sizable dents in her front and rear bumpers. It was one of the least effective escapes I've ever witnessed, lasting about thirty seconds in total. Were I so inclined, I think I could have pulled off two carjackings in the intervening time.
​
The light had turned green some time ago, but no one was honking or seemed to be in a terrible hurry to leave the scene.  Based on facial expressions, motorists appeared roughly divided between amused and horrified, with battle lines forming roughly along the MSRP of the vehicle they were driving. Directly behind me was a pizza deliveryman (vehicle: early 1980s Gremlin, possibly the planet’s last).  Tears were streaming down his face as he laughed; it looked as though someone had spritzed him with mace. I flashed him a thumbs-up that gently melded into a subtle stroke of the left nipple, and pedaled away like a bat out of hell, unsure about the legalities of hot public nipple-on-car action**.


​
*So what if I'm cheap? This was 2004 and I was making $18,500 a year. I also economized by permanently switched to women’s shaving gel after discovering it was half the price of its masculine equivalent.  Everyone wins when your face smells like apples after it rains.

**For the record: I paid dearly for my antics. The ultra-hot exterior of the car burned both my nipples. Although nipples on a man are technically useless, the ensuing pain was probably the only thing that prevented me from doing this again.